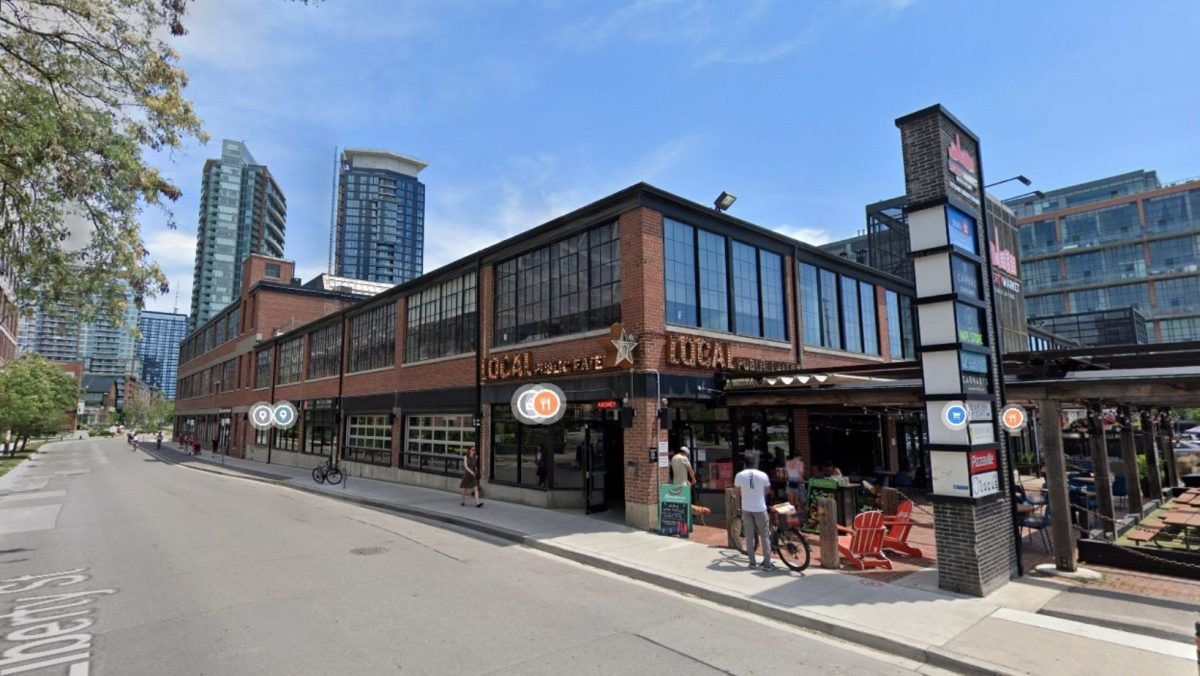 Multi-Tenant Commercial and Condo Space in the Niagara Neighbourhood of Toronto.

The ongoing gentrification of downtown Toronto has been pushing further outwards from downtown, encouraging rapid development. It has become a trendy neighbourhood for young professionals and artists pushing farther west to less established areas, while still remaining a short walk or streetcar ride from the core. Formerly a heavy industrial area, many old factories have been repurposed as lofts while others have become restaurants, gyms, furniture stores, and galleries.

An HVAC contractor that we have worked with for the past 25 years called us to install one vent penetration for an air conditioning condenser unit on a flat roof we had not worked on before. 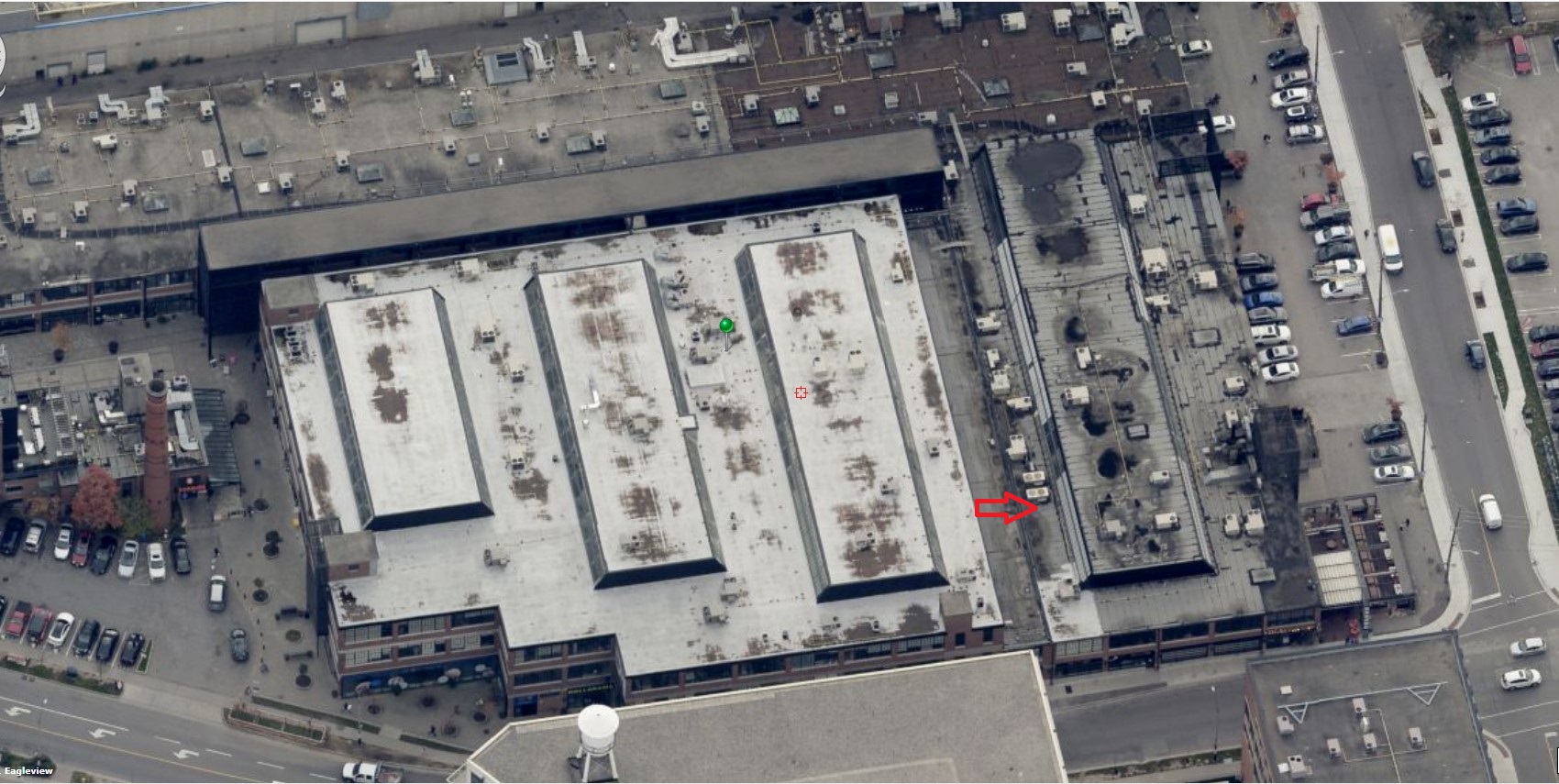 The HVAC contractor had marked the location for the roof vent and our crew met his staff on-site. Our process started by scoping out the area inside the premises beneath the proposed installation. We de-granulated the SBS modified bitumen membrane at the site of the new install.

When we cut open the roof membrane, we found a “hidden surprise.” Without a service history on the building, we unexpectedly discovered not one, but two roof layers on the building. We’ve seen this before, when building owners make an effort to save costs by overlaying original roof assemblies—especially where the insulation is dry. This can be determined using a combination of core test samples and infrared testing. Unfortunately, we found moisture present in between the two roof layers.

Our staff advised the HVAC contractor of our findings and then cut open the bottom roof layer to expose the wood deck substrate. Next, we cut out the opening in the deck substrate and placed the new tall cone in position, installed two plies of compatible SBS modified bitumen membrane materials to match the existing exposed top layer of the roof, and covered the open top of the cone. With the job complete, we left the site after packing up our tools and cleaning up the debris.

A new roof opening through the substrate can sometimes cause moisture to penetrate inside the premises. In this case, however, the previously existing moisture created an even greater risk of an active leak as we cut through both the deck substrate and the two roof layers in the assembly. We noted this problem on our invoice. However, if the roof leaked later on, the building owner might still feel that Elite was somehow responsible—even though we had not created the roof condition we found on arrival.

From our perspective, however, we upheld our contract and alerted the contractor to the moisture issues when we found them. Further, it is not practical nor requested of us to perform pre-inspections for small installation projects only costing under a thousand dollars (unless specifically stated in the quote or contract).

As you might imagine, this could have the potential to turn into an ugly dispute.

When working on roof projects, unforeseen circumstances can arise. In this case, a problem arose because we were working for the mechanical contractor hired by a tenant, and not for the landlord directly, so we had no direct connection to the party responsible for roof maintenance.

How can you prevent a situation like the one here? There are several options. First, when preparing a quote on a small roofing installation, such as a single vent penetration or replacement, specifically state that the roofer will not be expected to supply resources to pre-inspect the roof before arrival. Second, the roofer might offer to perform a roof inspection and document the problems, creating an opportunity for additional business.

As valuable as a clear contract is, it is especially important to select a roofer that provides transparency, strong communication skills, and a knowledgeable team. If you’re looking for a trusted roofing partner in Toronto, Ontario, contact Elite Roofing here. We’re available 24/7 to answer all of your roofing questions. That’s the Elite Advantage.